Will Screens Be Our Undoing?

Editor’s Note:  When hot takes in the popular press usually have a headline that poses a saucy question, the answer very often will be NO – but it sure does catch the eye, doesn’t it?

In 1958, economist John Kenneth Galbraith coined the term “conventional wisdom” to describe commonplace beliefs which people consider to be acceptable and comfortable.  It’s this last part of the definition that’s essential because once an idea has become comfortable in your head, it is much harder to dislodge – even with 17,247 facts to counter it.

The conventional wisdom about screens and teens is that it’s a lethal combination.  I googled those two terms and here are the first five hits:

5 Truths About Teens and Screens: Effects of TV, Cell Phones

Is Screen Time Toxic for Teenagers?

Screen Time is Killing Teens.  Could Entrepreneurs Use Screens To Also Help Save Them?

Though the first hit does not sound ominous (although it comes from WedMD, a notorious source for overhyped self-diagnoses), the rest strike a worrisome tone.  (The third and fifth headlines tantalize with a question whose answer will invariably be NO.)

“Screens are bad!” is the conventional wisdom.  We’ve only had smartphones in our hands for a little over ten years, and yet we hold this truth to be self-evident.

But then… there’s this.

A new study has come out of Oxford which seems to call this truth into question.  After collecting data from more than 17,000 teenagers from the US, UK and Ireland, they found little evidence of a relationship between screen time and well-being in adolescents.

They even checked about screen use before bedtime — and didn’t find any compelling evidence to condemn the practice.

And the researchers pre-registered their study, meaning that they publicly documented the analyses they would run before they analyzed the data.  This way, they couldn’t craft the hypothesis after harvesting the data.

Their study also exposed how, after reviewing existing research, there is actually scant consensus about the negative relationship between digital-screen engagement and psychological well-being.  Results of studies (and they cite five from the last six years) have been mixed and inconclusive.

It does to me, but, then again, I am sceptical about the conventional wisdom vis-a-vis screens and teens.  I remember how my parents fretted about one screen as well and how much time I was spending in front of it. (I turned out, okay I guess… but is that really a convincing argument?)

I then recalled a previous generation of parents fretting about the telephone (a.k.a., “the landline”), and parents of generations previous to that worrying about electricity, the printing press and, before that, the written word.  One cannot so easily discount the concern of parents.

So what does this mean for parents today with teens who have screens?  Do we stop worrying?  Do we just let the kids have carte-blanche?

Again, the answer to all questions in print is NO and NO.

We shouldn’t let the kids have carte-blanche with their screens.

And yet, we do not have the time to do extensive research with a sample size of 17,000,   But we can think critically about the conventional wisdom, reflect a little and perhaps do a little reading.  For example, did you know that, according to the Pew Research Centre, teens today are devoting more time to sleep and homework, and less time to paid work and socializing than their counterparts in the 1990s?  (Who knew?  Apparently, not me…)

This being said, we could also talk to our kids about screens – and what they think is reasonable when it comes to the devices that we think rule their lives.   We might be pleasantly surprised. 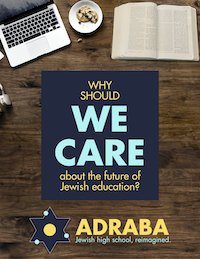